Deep learning, which has recently found use in image recognition, robot control, and other applications, has had remarkable achievements in a variety of fields. However, as deep learning constructs a network from a massive number of parameters, it is extremely difficult to explain the decision making involved in outputting a certain recognition result. In our research, we have taken up the problem of understanding decision making in deep learning through visual explanation that highlights attention regions in a deep-learning recognition process.

Typical visual explanation techniques are capable of visualizing attention regions in deep learning but they have so far made no contributions at all to improving accuracy in the recognition process. The Attention Branch Network (ABN) that we propose applies an attention mechanism to the attention regions (referred to as “attention map” below) obtained for visual explanation thereby achieving both visualization for visual explanation and improved accuracy simultaneously. In addition to image classification tasks, the proposed ABN can be applied to a variety of image recognition fields such as multi-task learning.

Self-driving control using a Deep Convolutional Neural Network (DCNN) trains a network through end-to-end learning using the input image and car control values. End-to-end learning-based self-driving control can obtain car control values directly from the input image in contrast to a step-by-step process consisting of lane detection, motion planning, etc. Here, however, the output of car control values is based on a DCNN, so the reason for outputting certain car control values is unfortunately unclear. In our research, we are analyzing the decision-making process in self-driving control by using an ABN. Self-driving control, though, involves a regression problem, so we introduce Weighted Global Pooling (WGP) into the attention branch of the ABN. The WGP method can estimate car control values with high accuracy even for a regression problem by performing weighting using a feature map and convolutional kernel of the same size at the time of pooling. In experiments, we used the video game Grand Theft Auto V (GTA V) as an experimental environment. When visualizing the attention map at the time of a curve or a stop, we found that attention was focused on a white line or the car in front and confirmed that the reason for a DCNN decision could be visually output. 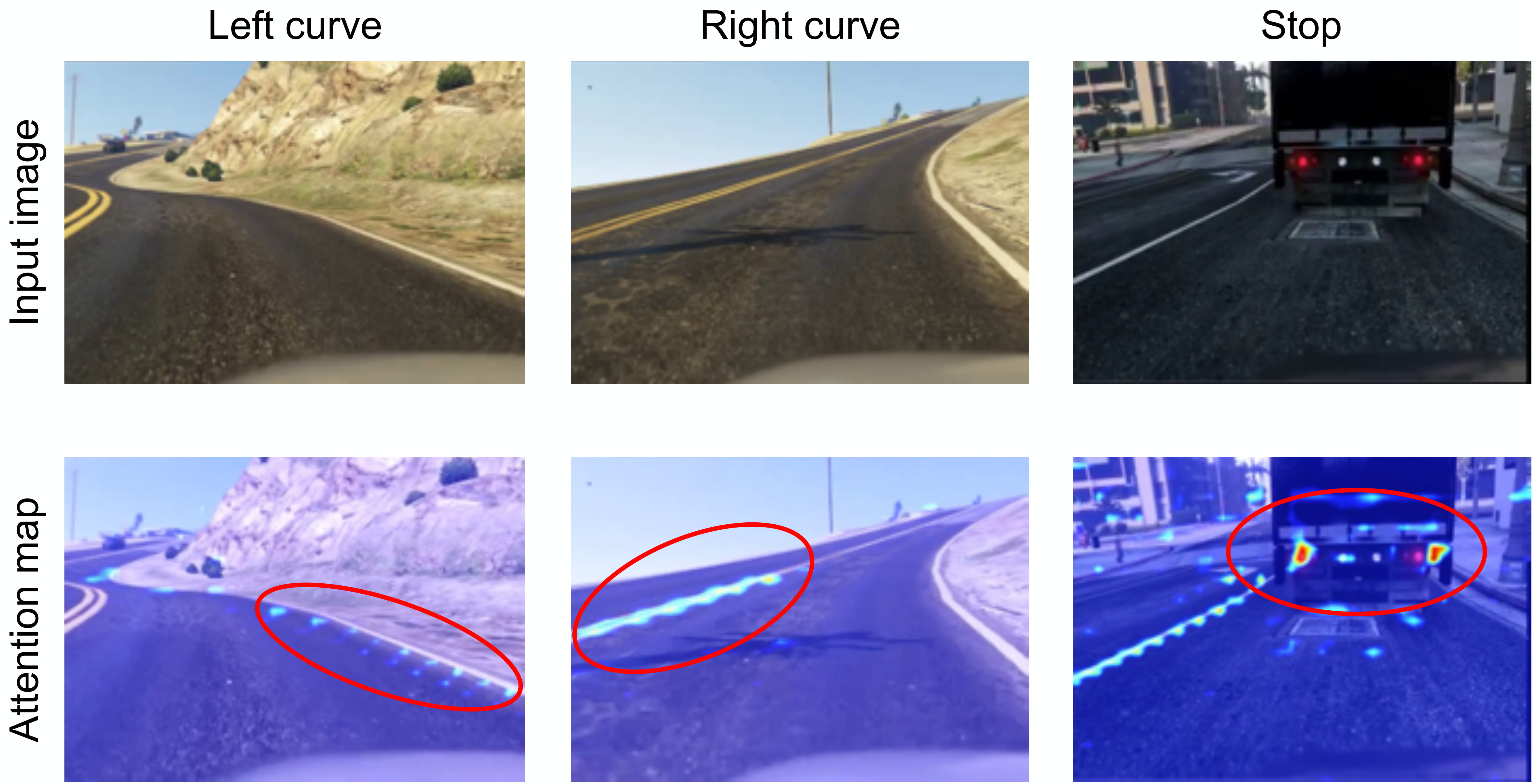 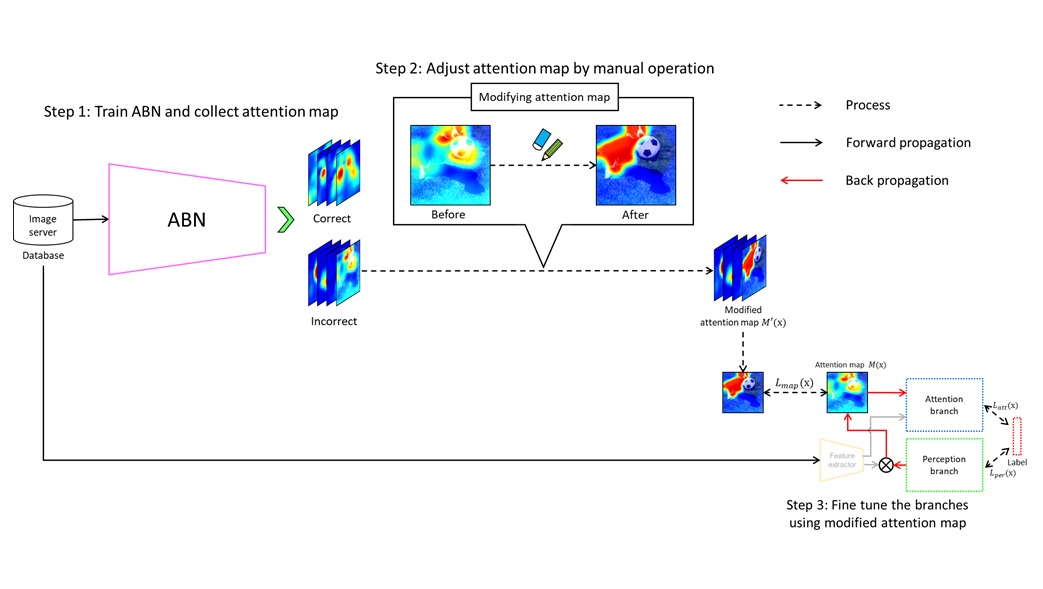 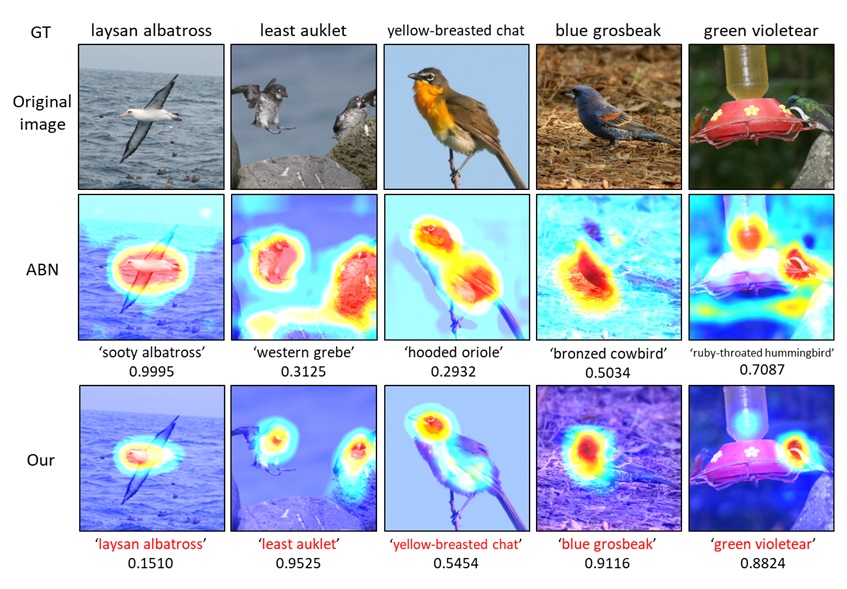 Convolutional Neural Networks (CNNs) are being used in a variety of fields centered about image recognition and are achieving high levels of recognition accuracy. However, existing CNNs cannot consider uncertainty in the prediction result, that is, the difficulty of prediction, which means the extent to which the prediction is reliable is unclear. This problem is considered to be the cause of erroneous decisions in the practical use of CNN. In this research, we propose a Bayesian Attention Branch Network (Bayesian ABN) that introduces uncertainty into an ABN. That is to say, the proposed method considers uncertainty in the CNN prediction result by introducing a Bayesian Neural Network (Bayesian NN) into the ABN. In addition, the method focuses on a structure that outputs prediction results from two branches and adopts the result having a lower value of uncertainty. In evaluation experiments using a standard object recognition dataset, we confirmed that the proposed method improves CNN accuracy and reliability. 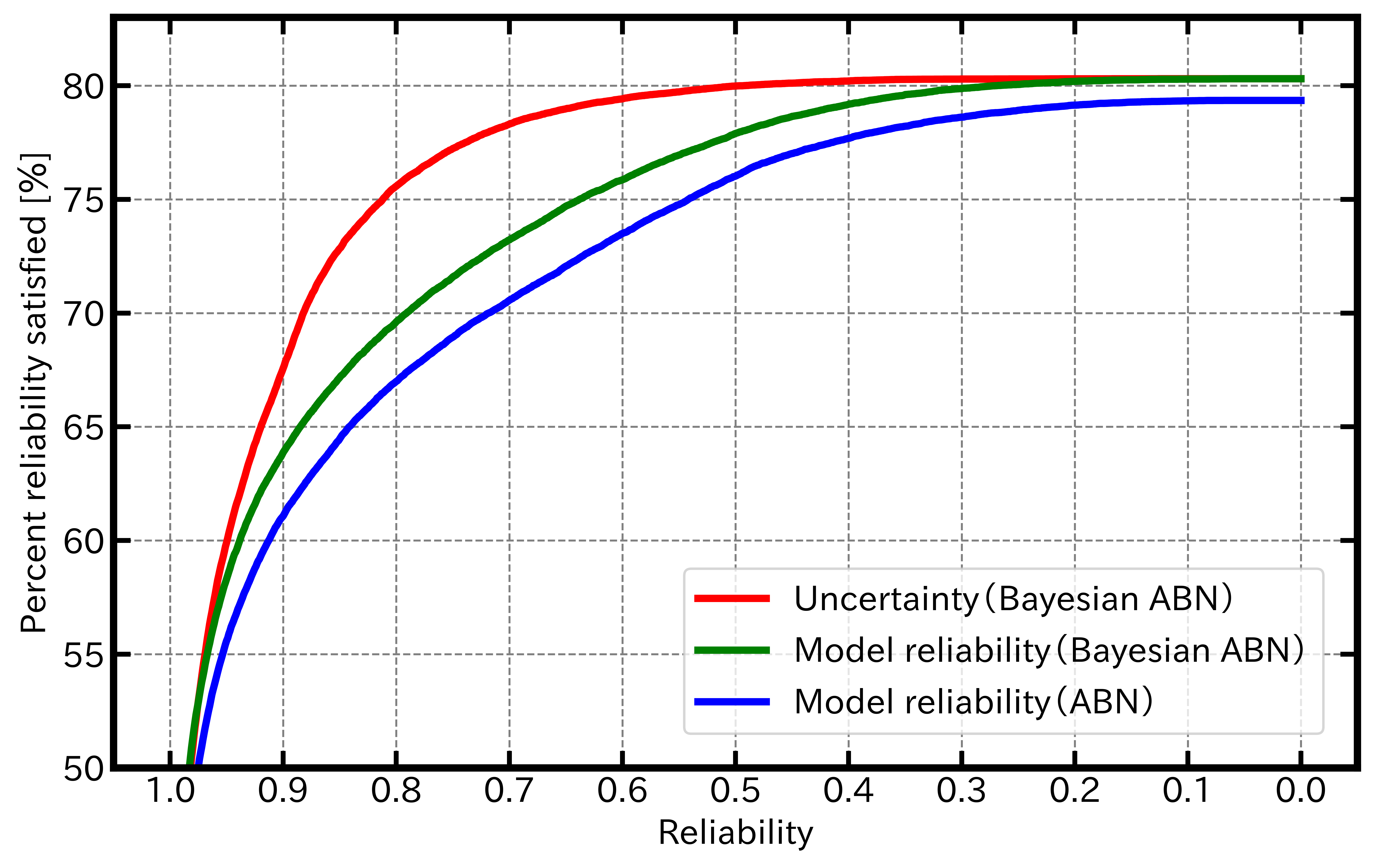 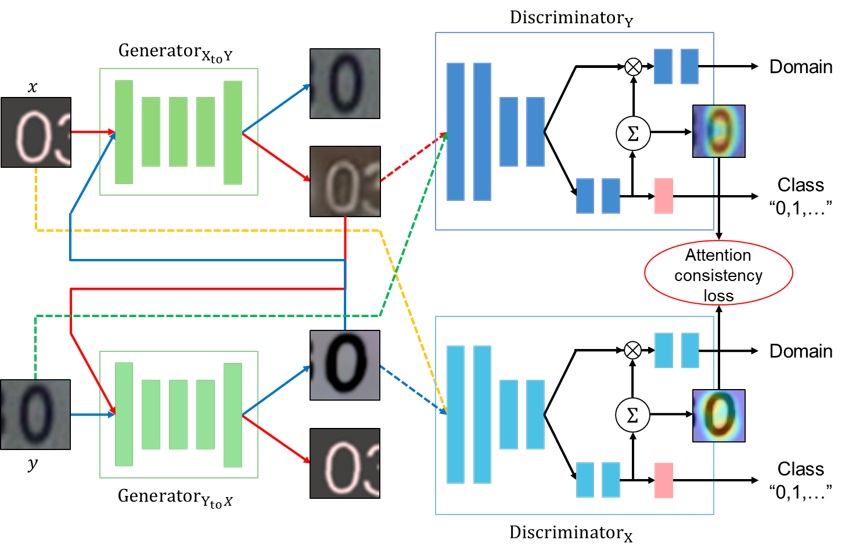